The UK furniture market is struggling for many years now and thousands of furniture companies, warehouses, online stores across the country shut down during the last few years. Specially after 2013, with the introduction of the new copyright laws regarding design classic replica and the european laws resctrictions to trade in these iconic mid century designs, the sudden change in the European copyright laws has a severe consequences on UK small furniture businesses and basically just shutting them down and distroying their businesses, Now after years of negotiations, at the end of year 2020, Boris Johnson finally announces UK and EU trade deal after the Brexit and everybody in the furniture reproductions business is waiting to hear about the new coming changes in regulations regarding furniture replica and modern classic designs such as Charles Eames designs replicas, Arne Jacobsen Egg Chair, Knoll Sofas reproductions, le Corbusier style sofa, Noguchi and Saarinen tulip tables and many other iconic mid century designs.

Undoubtly the Arne Jacobsen and the Charles Eames lounge Chair come at the top of the list of copyright law discussion and the restriction of reproducing and trading in these classic iconic pieces is at the top of UK Copyright laws menu. 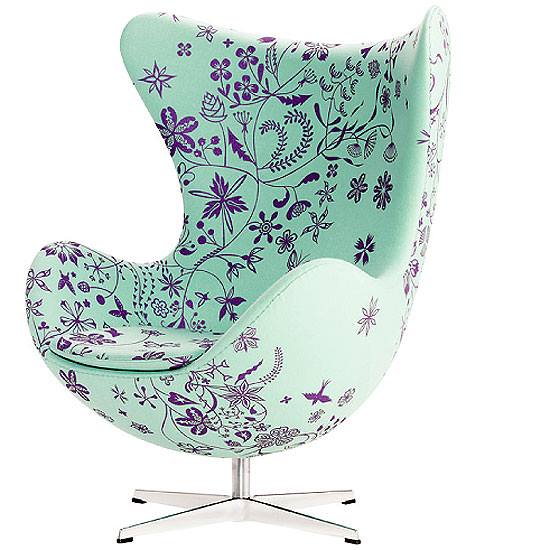 The story of the egg chair go back to the mid of the 20th century, soon after its first release in 1958 by Fritz Hansen, the egg chair achieved an international popularity and stood up as a master piece of design classics. It is undoubtedly the most sculptural and organic design of Arne Jacobsen’s inspirations, the egg chair isUnique, Curvious and Sculptural, very notable for its rounded Egg shape, curvious body, and short swivel base and has not a single stright line.. It is been designed exclusively for the Radisson Hotel in Copenhagen

Arne Jacobsen is considered to be the founder of the international style in 1950's, very well-remembered as an outstanding Danish Architect and also for his furniture work notably his collection of designer lights and other timeless classics. He regarded furniture as organic and sculptural pieces to complete the interior design in perfect harmony, Jacobsen created the perfect marriage between furniture and architecture The Egg Chair and Architecture The Radisson Hotel was one of Jacobsen’s major projects and architectural achievement, the hotel was the largest and the tallest skyscraper in Copenhagen at that time. Jacobsen was determined to accomplish his architectural building project by designing the ultimate furniture for the lobby area of the Hotel.

There are many pictures showing the vintage Egg chair standing as a sculptural feature in the middle of the reception area of the Royal hotel, a true statement in furniture design and architecture combined together to create the international style. In the 1950′s, Bauhaus furniture witnessed a revolutionary movement in design inspirations, architectural graphics, and the application of new technologies notably the introduction of plastic and fibreglass molding in furniture and architectural design. The Egg chair was the product of these technological and social progress which created new type of designer furniture for the first time in the 20th century, characterised by the new international furniture and architectural style. Jacobsen's International Style

His concept of design was based on lightness, minimalistic style, sculptural figures and excellent craftsmanship. Jacobsen managed to break the traditional methods by designing the body of the Egg Chair in non conventional shape, from a light weight plaster shell, and injecting it with synthetic foam which make the Egg Chair very comfortable, and very light. The Egg chair was the product of these technological and social progress which created new type of designer furniture for the first time in the 20th century, characterised by the new international furniture and architectural style. Jacobsen egg chair reproductions was later followed by even lighter models made of fibreglass and polyurethane foam.

The egg chair reproductions furniture is extremely lighter nowadays, with an overall weight of 18kg. The Egg Chair and the New Copyright Law UK 2013 Although the egg chair was designed nearly 60 years ago, it always stands out as an iconic design and one of the best pieces ever made in Bauhaus furniture. The chair has been in reproductions for decades, many copies are reproduced and sold world wide, the new technologies have made it very easy to copy the original designs with all the details with great precision and accuracy, the result was a very good quality designer furniture replica emerging and competing against the licence holders of the original classic designs.

Many experts are predicting that the new Copyright law in UK 2013 which repealed the section 52 of Copyright Designs and patents Act 1988, will work for the favour of the major international lobby designs, such as Vitra, Fritz Hansen, Knoll International and many more, the new law will basically deem any replica illegal if regarded as an Artistic design by a UK court of law. If the egg chair is deemed by the court as Artistic, then we will be forced by the law to stop reproducing, selling or distributing this chair, any trades will be regarded against the law ans subject to civil and criminal proceedings. It is still not known at the present time the exact future of the egg chair and all other designer furniture replica. UK government is still in the process of establishing the details of this new legislation, but many thinks that the future of design classic replica in UK is coming to its final journey and it will be eventually banned by law. We can Only Wait and See.