Swivel furniture is a general term used to specify the rotational mechanism between the lower base and the upper part of the chair. We can enjoy the comfort and functionality of a swivel chair, specially in a busy office environment, but we don't not really appreciate a rotating sofa, or a swivelling table. The idea of a rotating mechanism was created in order to provide a functional role, effortless movement and comfort while sitting on a swivel chair, swivel furniture brings sens of joy, freedom and fun. It is been proven medically that sitting on a comfortable office chair will increase the performance at work, and the opposite is entirely true, scientific research showed 30% of work downtime is the result of medical issues such as back pain, neck pain, shoulder pain, headaches and most of it is related to incorrect ergonomics and poor quality seating furniture used on daily basis.

Who invented the First Swivel Chair ? 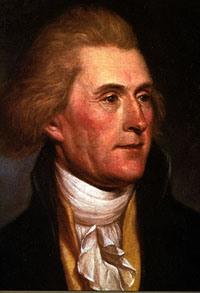 During Thomas Jefferson's era in the 18 Century, The office workers were neglected and poorly treated by big businesses , they were regarded as low-class citizens in the 18th century society, companies did not think of them as a major assets of the business operations, the office furniture was just a hard wooden stationary chairs and tables. not comfortable and office friendly at all, the neglected office workers had to endure hours of hard sitting in static position. Only Stationary Hard Wooden Chairs were used in the 18 Century

It is amazing to realise that the swivel chair design started its early design journey in the18th century, As the Third President of United States of America Thomas Jefferson took interest in the poorly treated office workers at that time, he decided to experiment on the Windsor chair Eglish style by adding a rotating spindal mecanism between the upper and the lower part of the chair and the result was the invention of the first swivel chair in history. Historical Fact : Thomas Jefferson The 3rd President of United States Of America Invented the First Swivel Chair in 1776 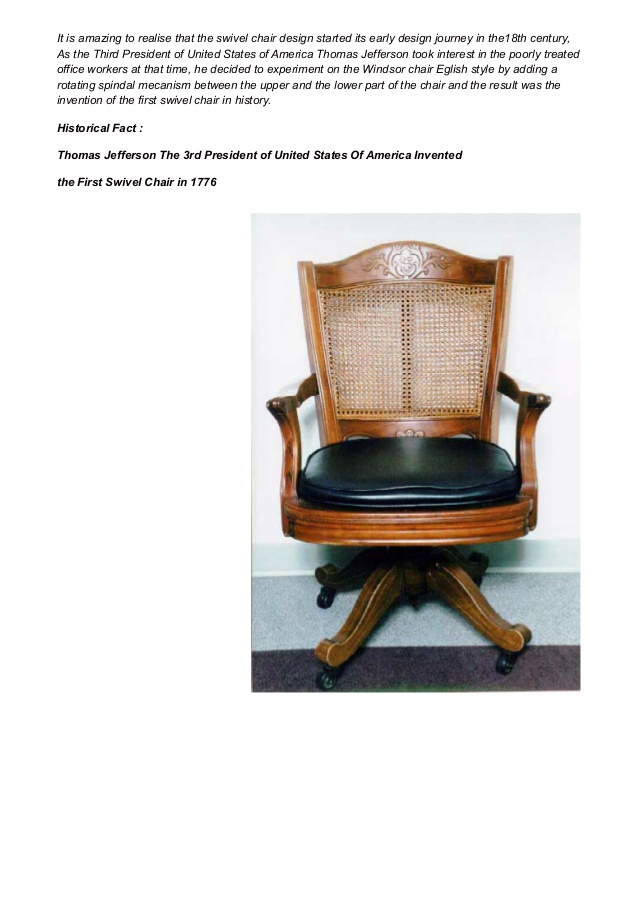 Jefferson design marked the starting birth of the swivel furniture design history. His swivel chair was regarded as an iconic and revolutionary design at that time. Many historians claim that Jefferson used his swivel chair while he was writing the Famous United States Declaration of independance in 1779. It was part of his best guarded furniture in his Virginia plantation until he decided to offer his first invented swivel office chair as a gift to the American Philosophical Society. Soon after the arrival of Jefferson's swivel chair, furniture designers started a series of new design in office chair furniture, but most of them were made of wood and remained quite uncomfortable and hard seating. It was not until the mid of the 20th century, new technological materials and methods, helped Architects and furniture designers to conduct new experiments, and the upholstered steel framed office chairs and fibreglass settings started to appear with Charles Eames, Eero Saarinen, Van Der Rhoe, Arne Jacobsen, Poul Haningsen,Welhelm Wagenfled, Finn Juhl, and many other mid century modern designers. Swivel Chair and Mid Century Design

Swivel furniture changed for ever its classic wooden appearance, to more lighter and elegant designs by using advanced materials and clean architectural lines and simpler shapes. The Swivel design became quickly popular and dominated offices, lounges, dining and every range possible in seating furniture. Thousands of pieces of swivel furniture have been produced to create a sens of fun and effortless movement and to relieve the office worker from day to day anxiety related to incorrect ergonomics and unhealthy seating. Some of these designer chairs became classic during the lifetime of their designers, such the Iconic Charles & Ray Eames lounge chair, The Ball Chair By Eero Aarnio. The ball chair and Eames chair ottoman won't live the lecacy of today if they were mounted on a static bases, there is no doubt that being both designed as swivel chair, that was the very reason which made them so popular and appealing